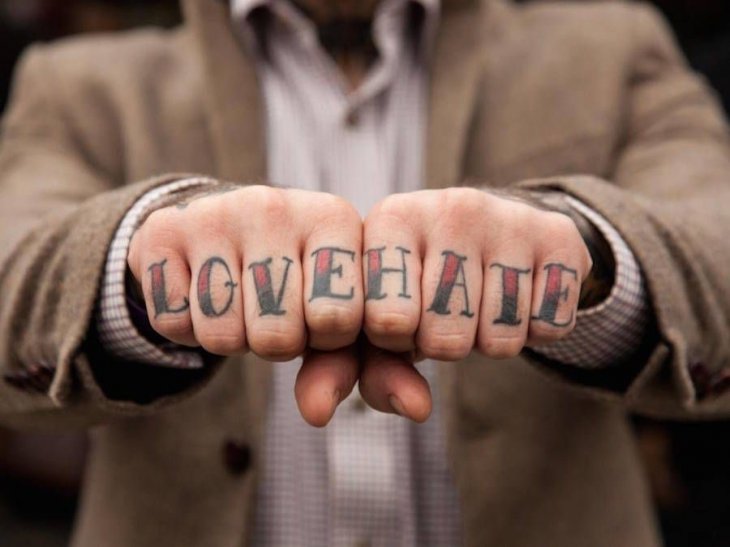 In e-commerce today, it is common practice to ask the customer after his purchase how satisfied he was with the service. Do you address the satisfaction of candidates with a recruitment process for a new position in a similar way? Feedback is the engine for improvement!

There are many methods for obtaining feedback, but it turns out that there is power in simplicity. The easier it is for the candidate, the more likely he is to provide feedback.

The basic metric for measuring candidate satisfaction is the so-called NPS (Net Promoter Score), which expresses the rate of "How likely is it that you would recommend looking for a job in our company to a friend or colleague?"

It’s possible to answer on a scale from 0 (completely unlikely) to 10 (definitely likely). You give the question above to as many candidates as possible, and then the percentage of those who answered 0 to 6 (disloyal) is deducted from the percentage of those who answered 9 or 10 (loyal candidates). The resulting difference is NPS. A real example of NPS calculation can be seen in the picture below. 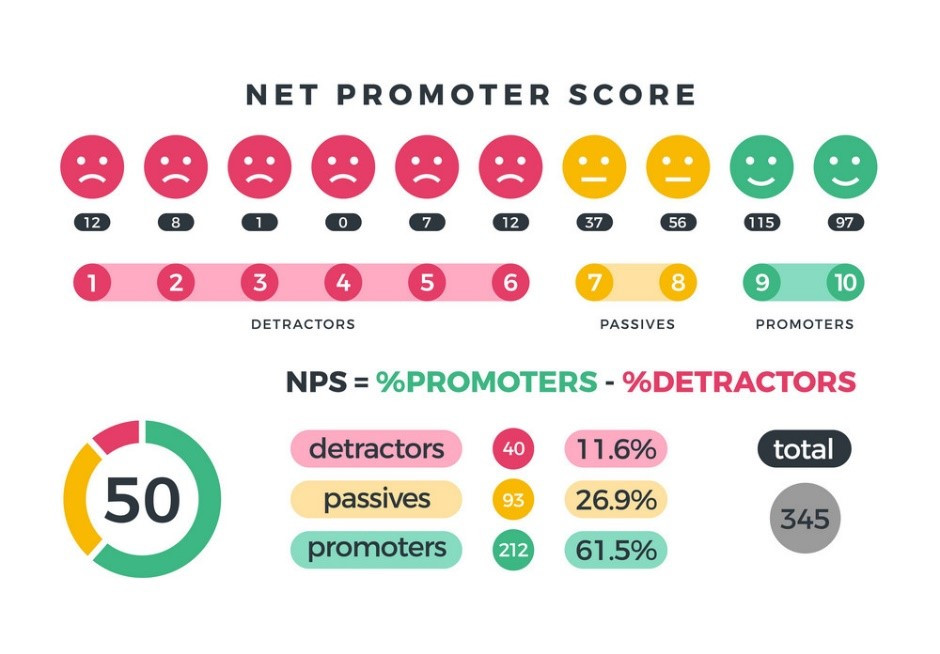 However, the NPS number itself is not very informative if not perceived in a particular context. NPS can take values from -100 to +100 points. While for some companies NPS 30 is a total failure, for others it may be a sign of success. It has been shown that NPS results can vary significantly not only by the industry in which the company operates but also by region. For example, Europeans are far less likely to provide feedback compared to Americans. It is, therefore, less likely that a Czech person will give you the highest marks of 10 or 9 points in the evaluation.

Therefore, there is no clear measure of what is considered a good NPS and what is not. The best is a comparison with your own results from previous periods or a comparison with the competition. If the result is better than the previous one, then it is a clear indicator of progress and that your candidates’ satisfaction is growing. On the other hand, if it’s lower you should consider it a warning that something has gone wrong and needs to be fixed.

In general, an NPS score below 0 means that your company has to solve many problems. These may be related to recruitment as such or maybe of a deeper nature and the employer's reputation and brand will need to be fixed. If the NPS result is above 30, it usually means that the company is thriving and has significantly more satisfied candidates than dissatisfied ones. The higher the result, the more the candidates love you.

Most often, a request for feedback is sent by email. If you want to improve, ask for feedback from all candidates. Even those who didn’t succeed in the selection process. A real example of how it might look is in the image below. 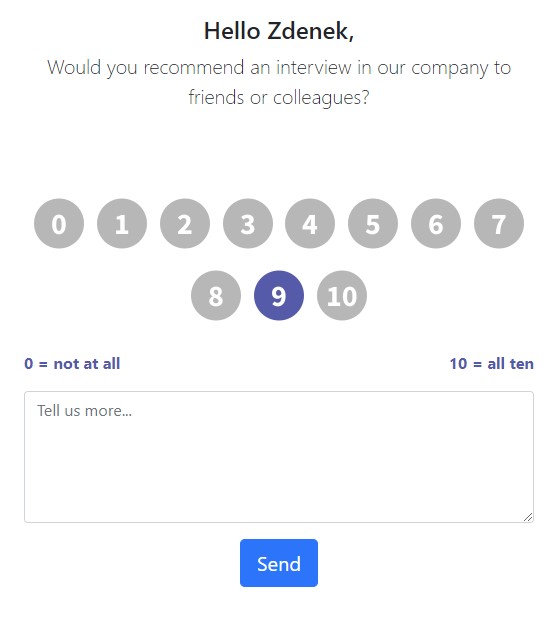 As I wrote in the introduction, there is power in simplicity. If the candidate wants to tell you something, give him the opportunity to add a comment. Of course, there are also more complex forms of feedbacks, where you can ask candidates for their specific feedback on your communication, speed of response, level of information about ongoing recruitment, and so on. However, this will likely discourage many candidates, and it is more work for you to sort through individual comments.

We’d love to show you what we do. We can get in touch
to set up a demo or answer any questions you might have.

Subscribe to receive news not only from the world of Recruitment